Don't be alarmed: Automation of our future work (and play)

Every time you set an out of office notification on your email, or a reminder on your phone, you are engaging in 'automation'. You are controlling a process whilst removing the necessity for human intervention.

We have to continually be jumping off cliffs and developing our wings on the way down.

- Kurt Vonnegut Automation has evolved into a catch-all term for the application of technological equipment into manufacturing, rather than just the personal application of a small task. The growing concern about the replacement of workers by automation is justified, and currently a hot topic of discussion. However, here are some of the jobs the demise of which few will regret, (and maybe when you set the alarm on your phone consider for a moment that somebody was once made redundant to give you that power): 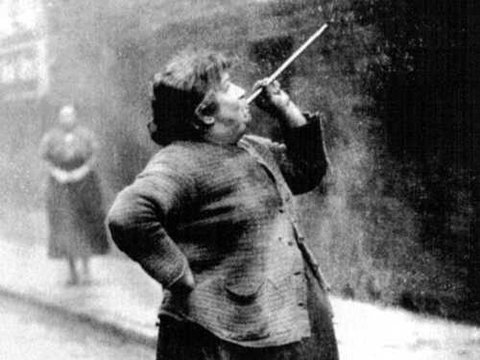 For a few pence a week, an individual would visit labourers houses at agreed times to wake them up using a variety of methods ( in this case a pea -shooter) and like an archaic snooze function they would hang around until the customer woke up . Made redundant in the 19th century when of course the mechanical alarm clock was invented. 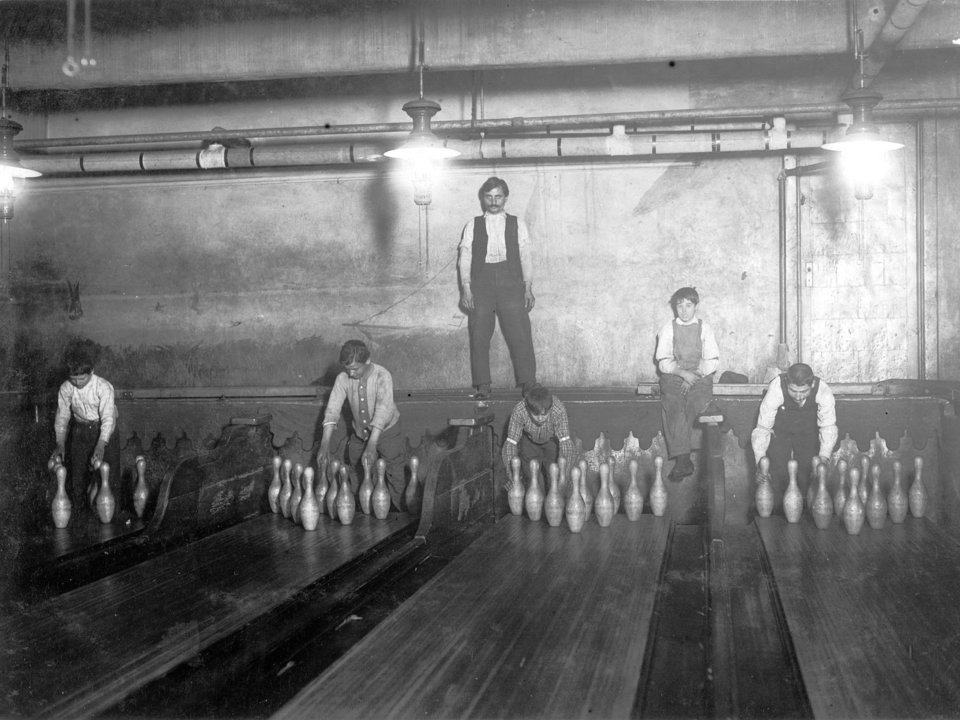 In the 1930’s boys would have to manually arrange bowling pins until the invention of the automatic pinsetter in 1941. This then allowed bowling alleys to remain open 24hrs, a dream scenario for exactly noone I know. 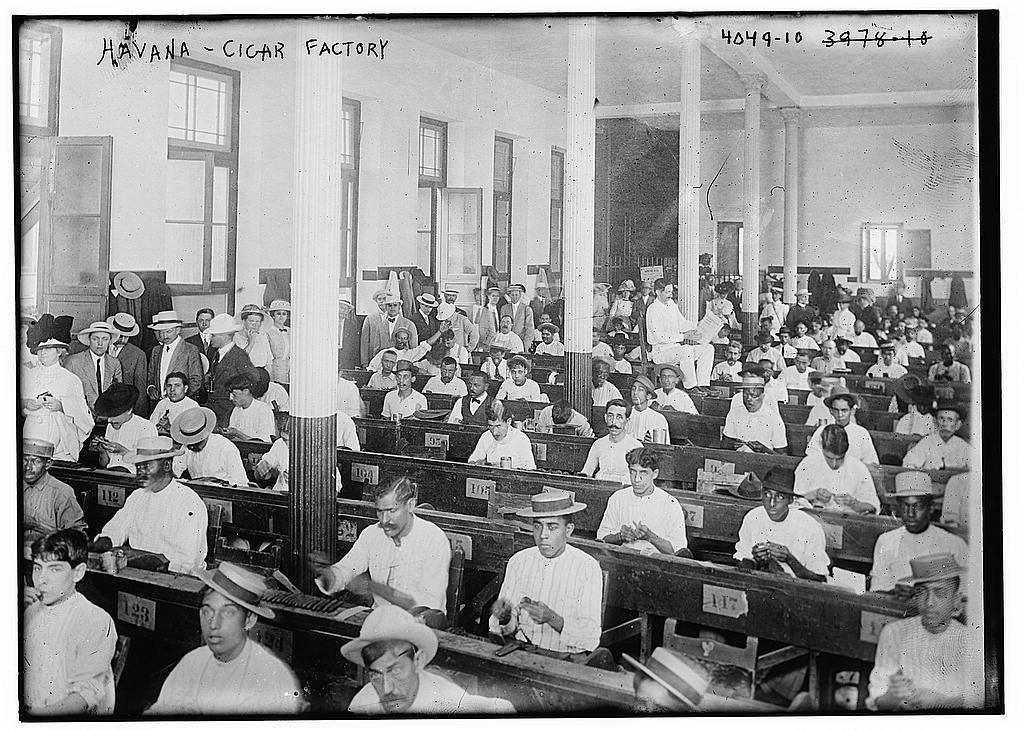 Many jobs were (are?) laborious and monotonous: what better way to pass the time than have a co-worker read the news or stories to you while you suffered. It seems radio killed the lector star. 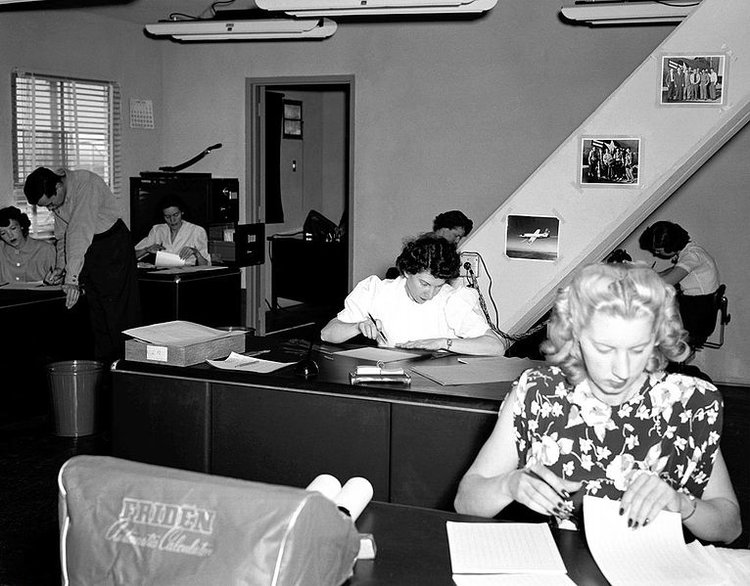 Yes: amazingly computer was a job title. In the 1930’s NASA hired hundreds of women (increasing to thousands during the second world war) to complete mathematical calculations by hand. The engineers previously did the calculations themselves, but the computer pool could complete these calculations much faster and allow the engineers to focus on producing more tests. This is probably one of the earliest indications that automation would be coming for the skilled, university-educated occupations.

With some of the occupations listed above, many of the redundant employees could move into another manual job available at the time. As foreshadowed by the human computers, the prevailing issue now is that automation could infiltrate the much more qualified/skilled areas. The office for national statistics released a report this month examining the probability of automation across employment sectors and their graph below illustrates the relationship of that probability to the level of skill by sector: 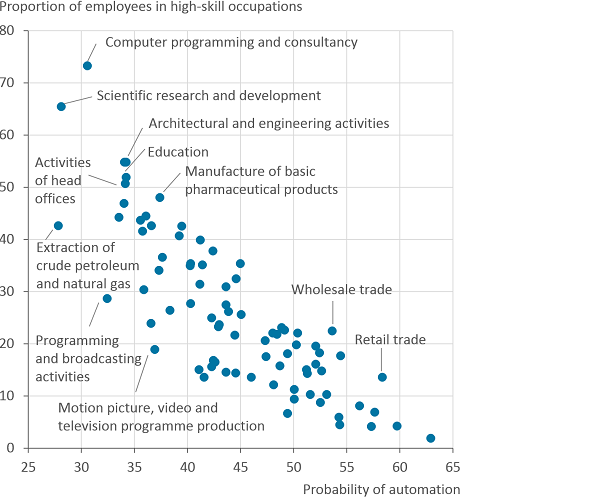 Retail trade jobs under threat predominantly require little training, which is why there is such a low proportion of high-skilled workers in that sector and such a high probability of automation. The occupations with lower probability of automation are those that are mostly populated with high-skilled workers. However, producing a television programme is a creative exercise that still has a 0.37 probability of automation (projected timescale not given), with education not far behind at 0.34. In fact even the occupations with highest representation of skilled workers (e.g. my job) has a greater than 0.3 probability of automation. Herein lies a subtle but troubling concern: if automation does result in the four day week - as called for by the UK’s second largest trade union ‘Unite’ - then what are we using the time for? Any dystopian future as a result of automation includes bovine humans devouring passive content (see WALL-E, Idiocracy etc.) If we consider the creative pursuits as the most noble and worthwhile, what if artificial intelligence devalues the end product of the pursuit? In our office at SwiftCase we have spent the morning listening to Aiva, an artificial intelligence composer, as summarised by the creators: “She has been learning the art of music composition by reading through a large collection of music partitions, written by the greatest Composers (Mozart, Beethoven, Bach, ...) to create a mathematical model representation of what music is. This model is then used by Aiva to write completely unique music.” Completely indistinguishable from human composition to our ears, Aivas music can be tailored for any use, in fact the creators offer a service “composing emotional soundtracks for films, video games, commercials and any type of entertainment content”. Is it possible that the future holds an infinitely configurable music entertainment service that can be tailored to your exact taste? Imagine procedurally generated, entirely original music at the click of a button. This could mimic an artist that is long dead, or create music that it has calculated will provide that sought after spine-tingling, body-shivering ASMR (Autonomous Sensory Meridian Response) every time. Research has revealed that a large number of music pieces containing a vocal section that leaps by an octave at certain points is guaranteed to give this feeling, so it appears that the ‘magic’ of songwriting can be codified and programmed to an extent. So, our fears about the loss of entire industries are maybe founded -and there are examples of entire lines of work disappearing due to automation- but the subconscious fear of the loss of what makes us definitively valuable as humans may play a larger part in any backlash in the future. If the tide of automation is relentless, to tolerate the remaining reality our creative noble pursuits may become downgraded to that lesser applied noun ‘pastimes’. I think it is apt to end with another quote from Kurt Vonnegut who wrote the classic novel ‘Player Piano’ about automation: “I tell you, we are here on Earth to fart around, and don't let anybody tell you different.”