Hedonic Adaptation - Why small differences lead to the greatest conflicts

In 2005 a website called ‘Ship of Fools’ held a competition for the best religious joke ever. The winner was this effort from Emo Philips:

The humour in this joke - as in nearly every joke - relies upon setting up a believable assumption and then swiftly undermining it. The assumption is that the more you have in common with someone, the more agreeable and empathetic you would be - a sensible but erroneous expectation. A similar satirical commentary was made by Johnathan Swift in Gulliver’s Travels: the subjects of Lilliput were bitterly divided into those who believed boiled eggs should be broken at the large end(Big-Endians) or the smaller end (Little-Endians). This difference caused six rebellions and significant loss of life. 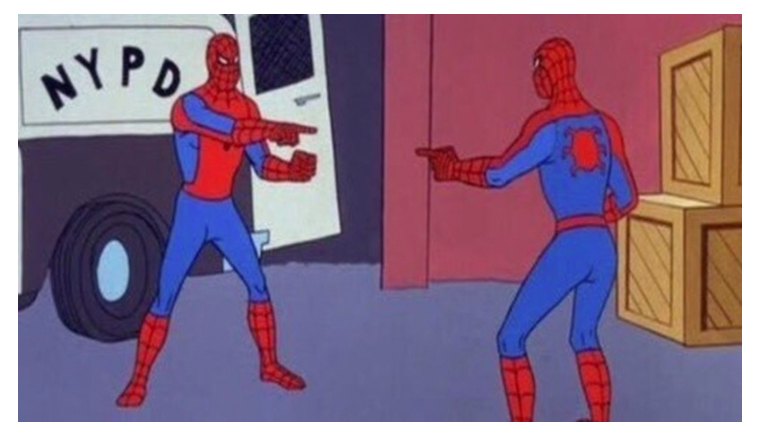 It is clear that the object of the satire in these two situations is religious belief, and this would appear to be accurate (especially in Swift’s era, with high profile conflicts between Catholics, Protestants and even competing branches of Protestantism). However, thinking that it may be exclusive to religion is possibly an example of a particular bias called the ‘anchoring effect’ as there are many examples of similar divisions in overtly similar groups. Is Pepsi okay, or must it be Coke? Liverpool FC and Manchester United FC are bitter rivals who persistently debate the relative merits of each whilst both are practically identical groups of highly successful, globally recognised, red polyester adorned humans. The current conservative leadership battle is between two individuals who are the equivalent of Ant and Dec on an alt-universe Black Mirror episode entitled ‘Britain’s Got Flatulent’. The real answer to what appears to be a universal tendency of groups to splinter and then conflict when they are arguably at their most compatible may lie in last week’s topic: hedonic adaptation. As a brief recap, when exposed to something causing pleasure/pain over time humans tend to normalise back to a ‘hedonic setpoint’ or a baseline happiness level. Conversely, when exposed to a particular pastime or field, we can become more sensitised to differences within that field. Think about how you can listen to your favourite band/album for years, and over time the emotional reaction to the music fades somewhat. When you have an interest in that genre of music as a consequence, you will have a heightened emotional reaction to music that sounds like your favourite band, and this can often be extreme. How often have you heard a new band that sound too much like your favourite and felt profound disgust? If another new band manages to successfully mix elements of a few of your favourite bands then this can lead to a new love affair with music. The same principle applies to any field of interest. A wine-tasting aficionado can be disgusted by a £400 bottle of wine that casual drinkers would be delighted with. How much hate can exist between factions of Spiderman fans who have particular preference for director Sam Rami’s versions over Marc Webb’s? According to internet film forums, the cataclysmic consequences of having a female Captain Marvel, Ghostbusters or Oceans 11 cannot be countenanced by many young men in the western world. South Park - another stalwart of satirical substance - produced an episode that examined the distant future in which Richard Dawkins was successful in destroying the influence of religion. This future is a dystopian one of course, with warring factions rising against each other over a dispute on how to properly name themselves. It is vital to reflect on this tendency for conflict when we look at our workplace issues. When I was a teacher, the most vicious and terrifying fights in a classroom would be between best friends. When you have disagreements or conflict at work it is important to realise that your common goal and daily environment make you much more similar than you realise. There are no perfect prescriptions for behaviour that make an action indisputably correct: after all, the Lilliputians had a commandment that instructed that an egg must be broken at the convenient end.