Choice Overload - Be a cunning cat, not a humming fox

The Fox and the cat is an ancient fable about the perils of choice: 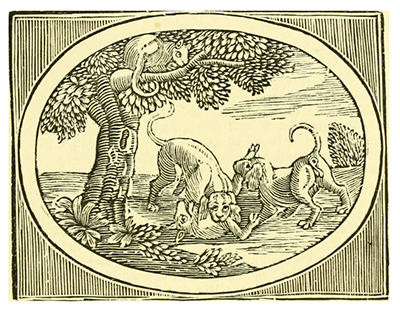 A Fox was boasting to a Cat of its clever devices for escaping its enemies. “I have a whole bag of tricks,” he said, “which contains a hundred ways of escaping my enemies.” “I have only one,” said the Cat; “but I can generally manage with that.” Just at that moment they heard the cry of a pack of hounds coming towards them, and the Cat immediately scampered up a tree and hid herself in the boughs. “This is my plan,” said the Cat. “What are you going to do?” The Fox thought first of one way, then of another, and while he was debating the hounds came nearer and nearer, and at last the Fox in his confusion was caught up by the hounds and soon killed by the huntsmen. Miss Puss, who had been looking on, said: “Better one safe way than a hundred on which you cannot reckon.”

Choice overload has other names that will make the predicament familiar: analysis paralysis, overchoice, choice paradox. The assertion in choice overload theory is that when presented with multiple options for very similar items the individual can become overwhelmed and consequently not make a choice at all. The most obvious example of the tyranny of overchoice is seen in supermarket or petrol station shelves, or more recently Starbucks( ‘I just want a coffee’). Despite these examples of choice overload It cannot be convincingly argued that these businesses are failing, or that they do so because they are offering too many options and customers are leaving bamboozled . The effect of choice overload on an individual’s tendency to reject any choice has been demonstrated to be negligible by metastudies in psychology, but this misses the point. The Fox and the Cat story could also be more about choking under pressure due to boasting and overconfidence, rather than choice overload. The key lesson of choice overload -and one that has been leveraged by commercial industry - is that people will still make a choice but it will be the choice that is most familiar to them by either recency bias or mere exposure effect. How often will you go for the brand name detergent/kitchen roll/ that is slightly more expensive because you presume it is the safe choice and you feel the cheaper options will be a complete waste of money if they don’t work as intended? When choosing a product I go through mental gymnastics seeking the perfect compromise between price and performance based on my previous experience of ‘value’ and the ‘luxury’ brands. When this becomes difficult due to the weight of options, another related phenomena called ‘decision fatigue’ can lead to a lapse in this critical schema and the perceived safest choice is made. A number of high profile indiscretions by powerful men in business have been attributed to decision fatigue, with a reportedly large number of these poor decisions occuring at night time after a long day of decision-making. It could be argued, however, that powerful men are accustomed to the dominant side of exploitation, and feel entitled in situations which should require more empathy and permission. This is not an article about how to avoid late-night indiscretions, but how to avoid the pitfalls of micro-managing and interfering: you do not need to be involved in every decision. When it comes to the important choices you may make the easiest and most reassuring decision to you, and that may be the one that you have been guided to rather than chosen.